You are here: Home1 / News2 / Free Nazanin Zaghari-Ratcliffe 2,000 days since her detention 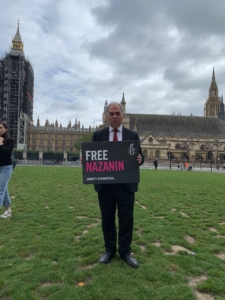 It has been 2,000 days since Nazanin Zaghari-Ratcliffe was detained in Iran and separated from her family.

She has been held hostage for crimes she didn’t commit. It is shameful that the sins of the British government should be allowed to sit for so long on the shoulders of ordinary, innocent citizens and their families. I joined Amnesty UK this week in Parliament to call on the government, after more than five years, and five different foreign secretaries, to finally act and free Nazanin.