In Westminster this week, the Chancellor announced his Spring Statement. But it’s clear he does not appreciate the scale of the challenge we face.

We’re facing the biggest drop in household income on record and the Government had to provide real help to families on Wednesday. Instead, the Conservatives are leaving people and businesses to fend for themselves, and their choices are making the cost of living crisis worse.

As energy bills and prices soar, I called on the Chancellor to better support people in Enfield Southgate by halting the National Insurance tax rise and introducing a windfall tax on North Sea Oil to bring down household energy bills. 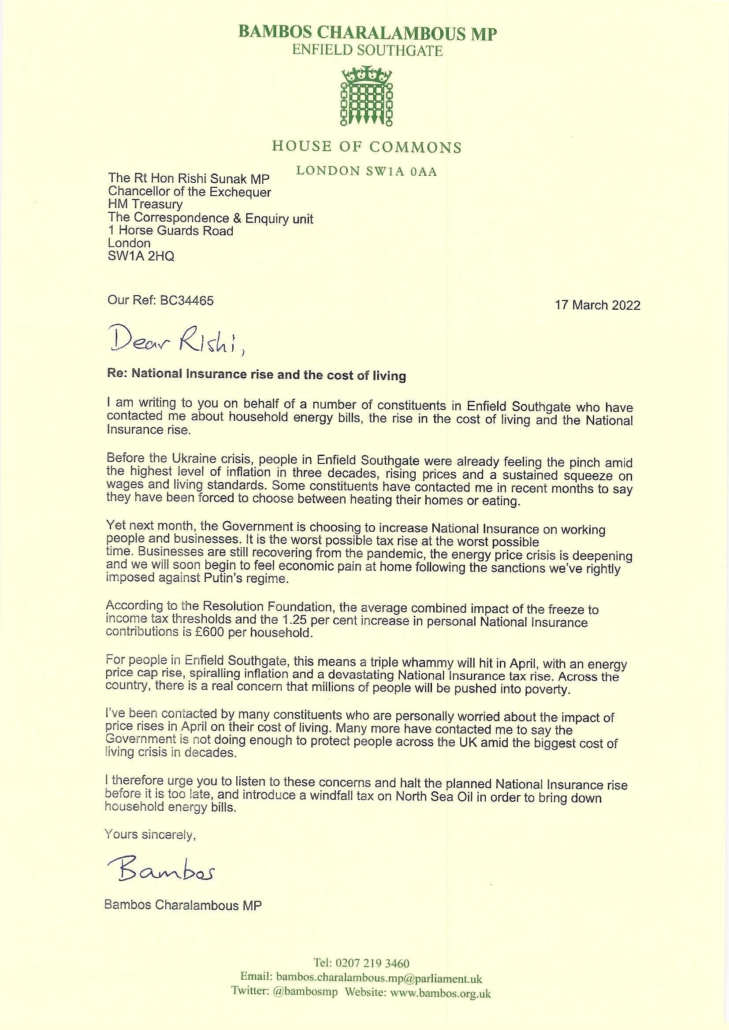 Standing up for P&O Ferries workers

Israel trip with Labour Friends of Israel
Scroll to top