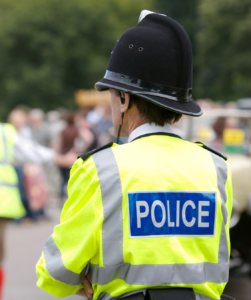 I voted against the Government’s Police, Crime, Sentencing and Courts Bill. This Bill is one of the biggest to ever come out of the Home Office and the Ministry of Justice. I fear its effects will create more criminals rather than preventing crimes from being committed in the first place. Victims certainly are not at the front and centre of this Bill.

Violence against women and girls

The Right to Protest

Giving the police more powers over protests threatens to undermine our democracy and may disproportionately affect different communities.

The Bill’s intention to impose conditions preventing and limiting the right to public protest is an outrageous attack on our civil liberties and this is clearly intended to target organisations such as the Black Lives Matter movement and Extinction Rebellion following their protests last summer. This Bill would also criminalise the many women who attended the vigil in Clapham Common on Saturday night where the police massively misjudged the sentiment and detained several women by force.

Many of you have written to me and rightly said that policing should be there to protect our right to protest, not to threaten it.

The Bill targets the Roma and Gypsy community with the aim of criminalising them. Seeking to criminalise one ethnic group does nothing to promote community cohesion or harmony and there are far better ways to approach the controversial issue of their encampments than by creating more criminals. These powers are also likely to be in conflict with equality and human rights legislation.

Attacks on retail staff have been steadily increasing in recent years and over the past year, many retailers have become the victims of attacks for trying to enforce another set of government regulations; the wearing of face masks.

No-one should face physical or verbal abuse just for doing their job. This Bill fails to include any provisions to protect retail workers from abuse which USDAW union has been campaigning for.