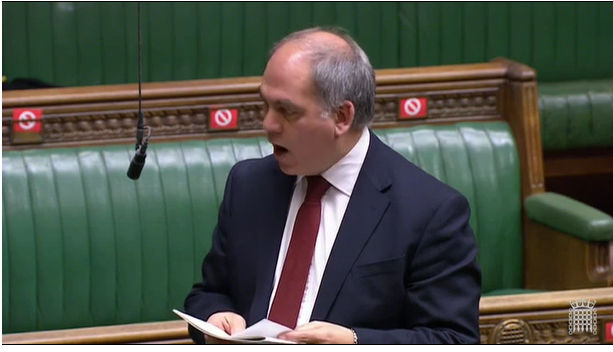 In a chameleon-like effort to convince us otherwise, it didn’t take long for us to see through the Chancellor’s Budget. A continuation of the austerity of George Osborne, now in its 11th year.

During the budget debate this week, I spoke out against the insulting 1% pay increase for the NHS which, when you factor in inflation at 1.7%, will actually end up as a pay cut. No increase in pay for other public sector workers and a £30bn cut to NHS funding. There was nothing for social care, and nothing for local authorities – some of which are on the brink of collapse. This is the true face of the Chancellor’s Budget in 2021.

Since 2010, NHS nurses’ salaries have been cut in real terms by £2,379. After the huge sacrifices nurses and NHS staff have made, and the pain and trauma of being on the frontline throughout this pandemic, supporting patients and their families, it is simply not fair or decent.

The Government has spent billions on contracts that don’t deliver, on ineffective or undelivered PPE, but are denying our NHS staff the pay rise they need and deserve.

Instead, they are given a pay cut in real terms.

In July, the Secretary of State said, ‘We absolutely want to reward NHS staff for what they have done.’ Is a pay cut really the reward he had in mind?

Myself and the rest of the Labour Party are calling on the Government to honour the provisions make in the NHS long-term plan and to offer, at the very least, a 2.1% pay rise.